Starting on October 22nd the Cooper team will be on the Southern leg of the UK Cooper Controls Performance Roadshows.
We're proud to say that on Friday 8th November, we're hosting the Roadshow with our old friends The Albany Theatre in Coventry between 10:00am and 4:00pm.

There's some more pictures of this lovely theatre in all it's glory in this months Sightlines - here's the link to the article ABTT Sightlines. 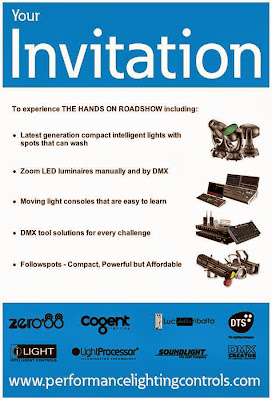 Come along to see the latest Cooper Control Performance Products from Zero 88, iLight, Cogent, Light Processor, LDR, DTS, Sound Light and DMX Creator. It will also be an opportunity to catch up with people you may have only spoken to on the phone - Keith Rogers from Zero88 will be there along with several staff from Central Theatre Supplies.

Where to go, where to park and which bus.

Parking is restricted onsite at The Albany (and visitors may not park in the Hotel drop off bays at the front of the building) but there are two multi storey car parks within easy walking distance of the theatre. Have a look here for car parking.

There are a variety of bus routes that pass by the Theatre - have a look at the National Express web site here.

It's a 20 minute (or so) walk from Coventry Station - there's a Google Map here.

We look forward to seeing you there and to have the opportunity to show the latest products on offer from Coopers Performance Lighting.

Our October Newsletter is out!

The latest version of our Newsletter is out... 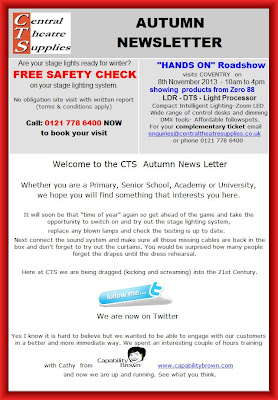 If you're not already a subscriber, there's a copy in our archive on the right hand side of this page.
Posted by Unknown on Thursday, October 24, 2013

With a number of our customers presenting "Calendar Girls" this last year, it was an easy decision when one of our local (and longest) customers asked us to sponsor a page in the calendar they were producing to go with the show.

We didn't get to see the show ourselves but we're assured that the buns they procured were big enough to protect their modesty. The Calendars sold like proverbial 'hot cakes' (all this talk of baked goods with a Greggs next door to us isn't helping either!) and in the process they raised £1200 for Cure Leukaemia.

We also got a nice "Thank you" from our customer. 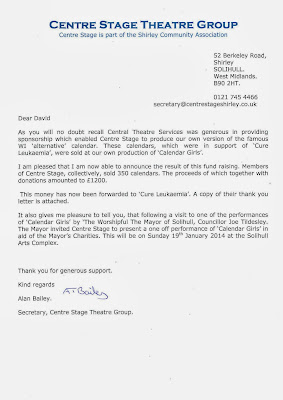 Congratulations Centre Stage and thank you for thinking of us!
Posted by Unknown on Friday, October 18, 2013

The theatre which reopened in February 2013 had been dark for 4 years and having discovered their own console had been badly damaged in storage , the theatre was loaned a Strand Console by the Royal Shakespeare Company.

When it came to replacing the console , Stephen Hocking from the Albany had already experienced the Orb XF we had supplied to the Palace Theatre Redditch (where he used to crew) and realised that this was the desk for them .
An onsite demo by Richard Lambert of Zero88 saw the Orb XF connected and patched easily to the theatres own DMX network and tasks which the crew had struggled to do effectively on the Strand console, were achieved quickly and easily.

During a separate site inspection by Keith Rogers , service manager from Zero88, The Albany’s new crew were impressed to find the original Zero88 Contour dimmers in full working order and almost showroom condition. 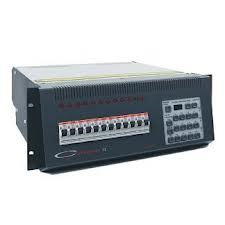 The Contours were specified and installed in 1996 by the then Chief Electrician Ian Knight – (now Hire/Service Manager at Central Theatre Supplies). When the decision needed to be made about a new console, the short list of manufacturers to look at ended up being very short! 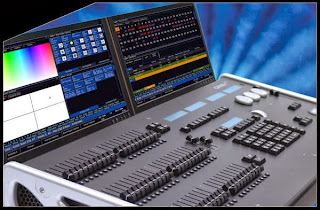 At the Albany , Stephen and his colleagues are looking forward to a busy season ahead including several one night stands, dance shows and a pantomime with their workload lightened using a Zero88 Orb XF. Stephen said of the new desk “We don’t have to worry about the desk now and with the support from CTS, we’re sure the Orb will serve us well”.

Do you have portable electrical equipment?

Most schools and venues do possess such equipment and we're often asked for the best regime or methods to maintain it in good working order once the PAT tester has left the building. 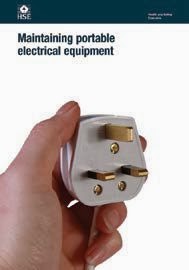 The UK Health and Safety Executive have just published a new guide on this particular subject, you can download a free copy (or purchase a paper copy) from the page here.

When was your stage equipment last looked at?

If you need your stage/performance lighting PAT tested because it has those "old fashioned round pin plugs" or those "foreign blue plugs" and your usual PAT tester won't do it (or he can't climb ladders!) then give us a call. We come to you so you don't need to take the equipment down, we can change lamps if needed and do basic maintenance too. If you want to pay us a little extra we can also clean the lanterns and check your curtain tracks are working as well.

Our rates are competitive because we believe PAT testing is something that should be done regularly (once you've read the booklet you'll understand why) and we don't want to the costs to be a burden.

Have a rough count of how many lanterns and things you'll need testing then give our sales desk a call and they'll give you a price for us to come visit you and test. Once we've done the tests, you'll get a printable report for your records along with your invoice and we'll even remind you in 12 months to see if you want us to do them again!
Posted by Unknown on Tuesday, October 01, 2013

As the run up to PLASA continues, companies are doing 'sneak peeks' of new products or showing them close up to people that may not get to the show. I was lucky enough this week to be given a demo of the new SGM P5 LED Wash as well as other products from the range - an RGB Strobe and a white Strobe that rivals the Martin Atomic (but without the power requirements!). 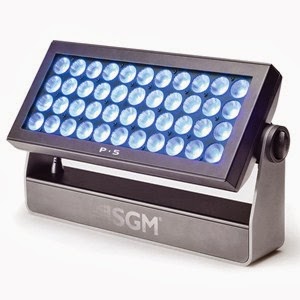 The P5 is an IP65 Rated unit if you need to use it outdoors and there's a handy fan pack which fits to the back if you use it inside (the fan pack derates the unit to IP55). It's an RGBW unit so that you can mix nice pastel shades as well as the strong vibrant colours that you can achieve with LED's. As with the products that preceded it with SGM, there are interchangeable lenses available to change the beam angle. The unit I saw had the 40degree lens fitted, so it gave a very good rendition of a 1kW Fresnel beam and the brightness looked about equivalent. It comes with a variety of hanging options too or you can just set it on the floor to uplight a wall or building. It also has built in wireless DMX, so if you do want to light a building then you only need to worry about power cables.

Having been a fan for many years of the Palco series, I have to say that this unit restored some faith for me in the SGM name. The unit has been designed and engineered by the R&D team that used to work for Martin so takes in to account things like useability and flexibility - the unit even tells you the next DMX address to use when you configure this unit, I don't need to count on my fingers anymore!

If you want to read all the specs for this unit, then there's more detail here along with its 'sister' units - a white flood the P5W and the stunning strobe the X5. Apparently the P5 is making its way in to the hire stocks of PRG and White Light and a few others, but being honest it's not something we would necessarily carry in hire stock but I daresay we could sub it in for you. We can sell the units though, if you'd like to have an indication of pricing then please call our sales desk.
Posted by Unknown on Tuesday, October 01, 2013